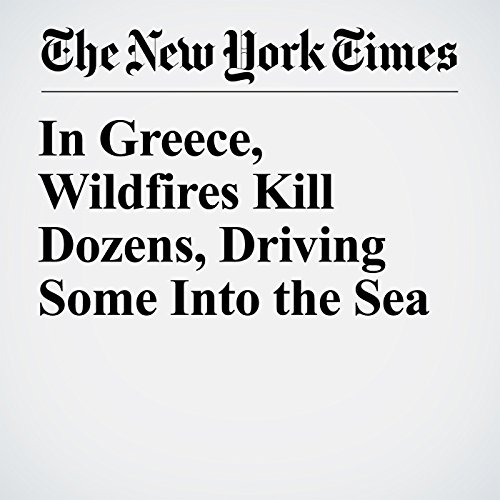 ATHENS, Greece — Fast-moving wildfires near Athens have killed at least 74 people, officials said Tuesday, and have forced thousands of tourists and residents to flee in cars and buses, on foot, aboard boats and on makeshift rafts. In desperation, some people plunged into the Aegean waters and tried to swim to safety.

"In Greece, Wildfires Kill Dozens, Driving Some Into the Sea" is from the July 24, 2018 World section of The New York Times. It was written by Niki Kitsantonis, Richard Pérez Peña and Russell Goldman and narrated by Kristi Burns.