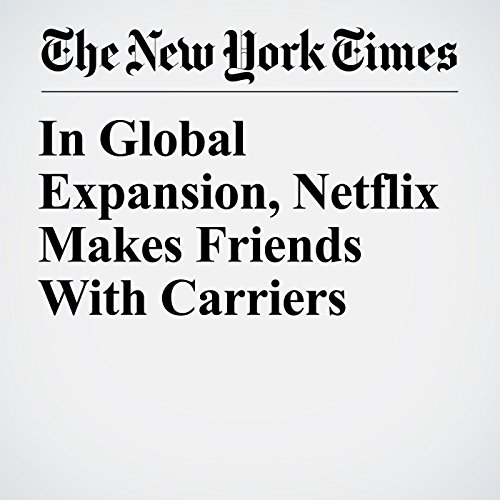 Such negotiations have become increasingly commonplace for Netflix as its global ambitions have taken the content streaming service far from its California roots into markets across Europe, Latin America and Asia.

"In Global Expansion, Netflix Makes Friends With Carriers" is from the February 26, 2017 Business section of The New York Times. It was written by Mark Scott and narrated by Kristi Burns.