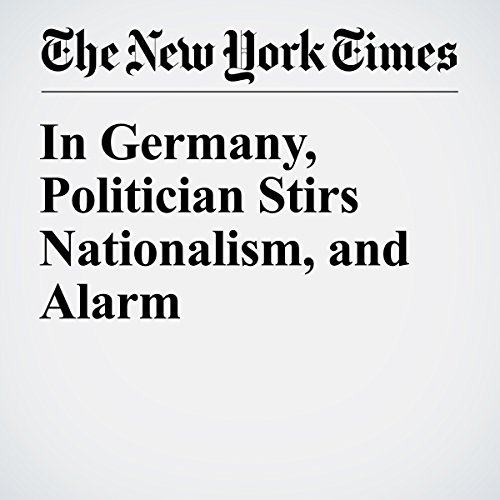 “The AfD is the last revolutionary, the last peaceful chance for our fatherland,” declared the man, Bjoern Hoecke, referring to the political party Alternative for Germany and employing a reverential term for Germany, one of several nationalist buzzwords usually shunned in the country’s politics.

"In Germany, Politician Stirs Nationalism, and Alarm" is from the January 19, 2017 World section of The New York Times. It was written by Amanda Taub and Max Fisher and narrated by Caroline Miller.