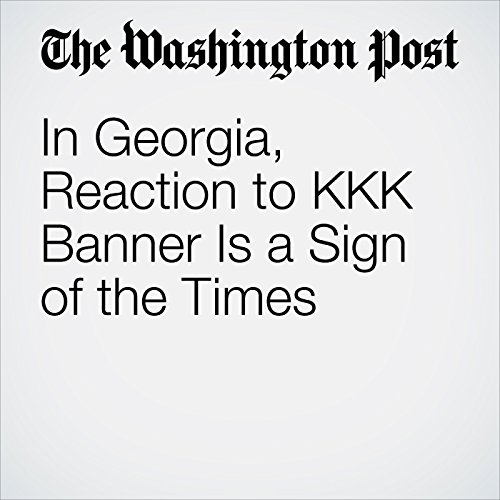 Even before the last screw came out of the banner that had been hanging on East Main Street in the small Georgia town of Dahlonega, photos of it were appearing all over social media, and people began speculating about who did it. But the point wasn’t who did it. The point was that it had happened, and whatever it had unleashed was taking on a life of its own.

"In Georgia, Reaction to KKK Banner Is a Sign of the Times" is from the March 12, 2017 National section of The Washington Post. It was written by Stephanie McCrummen and narrated by Jenny Hoops.

Cosa pensano gli ascoltatori di In Georgia, Reaction to KKK Banner Is a Sign of the Times