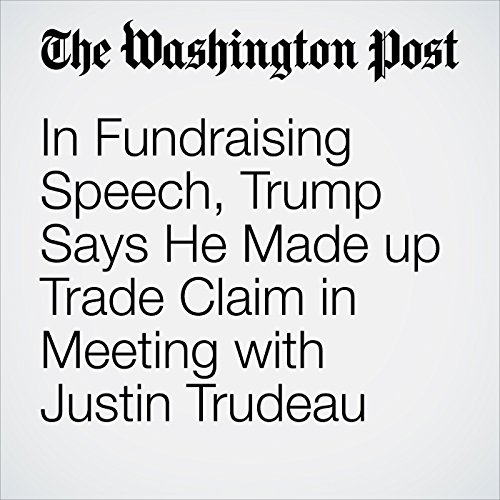 President Trump boasted in a fundraising speech Wednesday that he made up information in a meeting with the leader of a top U.S. ally, saying he insisted to Canadian Prime Minister Justin Trudeau that the United States runs a trade deficit with its neighbor to the north without knowing whether that was true.

"In Fundraising Speech, Trump Says He Made up Trade Claim in Meeting with Justin Trudeau" is from the March 15, 2018 Politics section of The Washington Post. It was written by Josh Dawsey, Damian Paletta and Erica Werner and narrated by Sam Scholl.

Cosa pensano gli ascoltatori di In Fundraising Speech, Trump Says He Made up Trade Claim in Meeting with Justin Trudeau