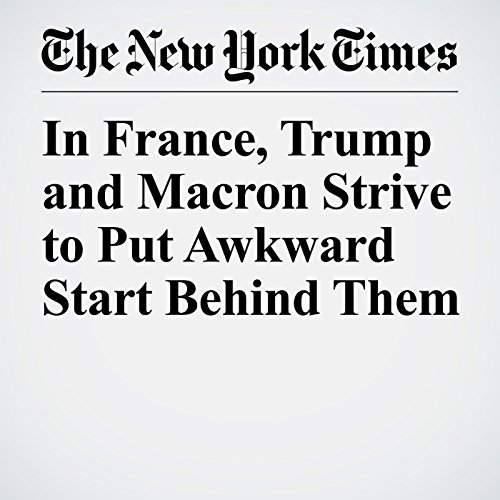 They were handshake rivals before President Donald Trump said the United States would withdraw from the Paris climate accord, and his relationship with President Emmanuel Macron of France didn’t seem to get any better after that awkward beginning.

"In France, Trump and Macron Strive to Put Awkward Start Behind Them" is from the July 13, 2017 World section of The New York Times. It was written by Maggie Haberman and narrated by Kristi Burns.