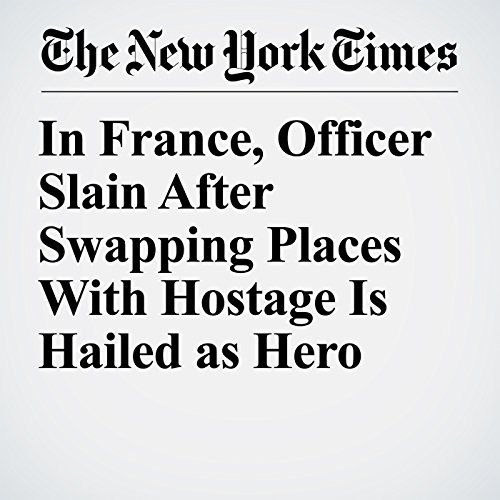 PARIS — Swapping places with a woman being held hostage, the French police officer entered the supermarket where a gunman, claiming allegiance to the Islamic State, had already shot and killed two people Friday.

"In France, Officer Slain After Swapping Places With Hostage Is Hailed as Hero" is from the March 24, 2018 World section of The New York Times. It was written by Elian Peltier and narrated by Kristi Burns.