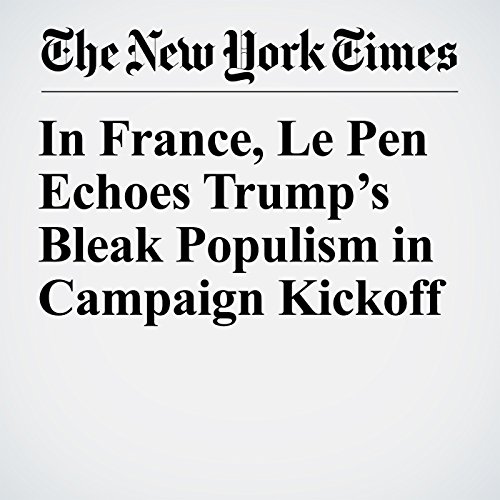 Le Pen’s dark picture of a weakened France troubled by bureaucrats and burqas was a striking echo of themes being sounded across the Atlantic. France, a prosperous country with the world’s sixth-largest economy, was depicted as a besieged wreck.

"In France, Le Pen Echoes Trump’s Bleak Populism in Campaign Kickoff" is from the February 05, 2017 World section of The New York Times. It was written by Adam Nossiter and narrated by Caroline Miller.