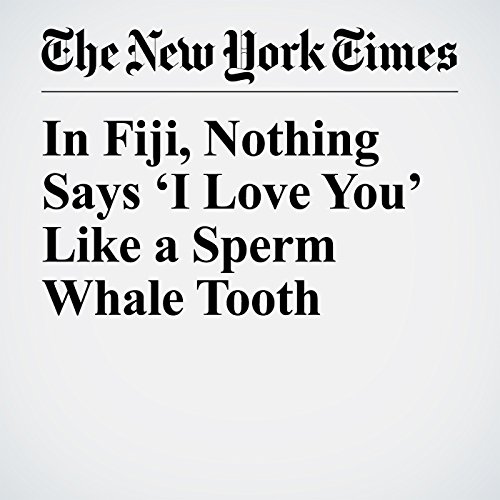 Tabua roughly translates to “sacred” in Fijian. The valuable relic, associated with good luck and even supernatural powers, has traditionally paved the way for marriages in this nation of more than 300 islands.

"In Fiji, Nothing Says ‘I Love You’ Like a Sperm Whale Tooth" is from the April 11, 2017 World section of The New York Times. It was written by Serena Solomon and narrated by Caroline Miller.