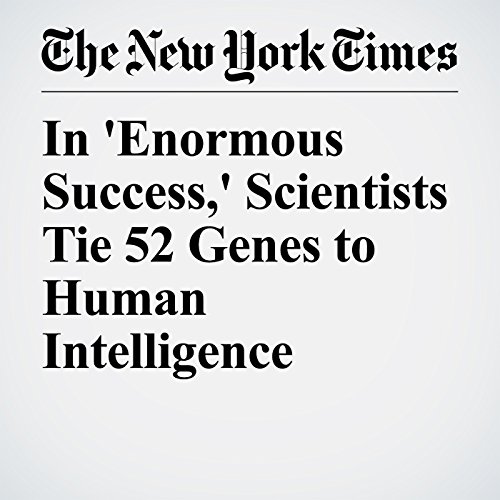 In a significant advance in the study of mental ability, a team of European and American scientists announced Monday that they had identified 52 genes linked to intelligence in nearly 80,000 people.

"In 'Enormous Success,' Scientists Tie 52 Genes to Human Intelligence" is from the May 22, 2017 Science section of The New York Times. It was written by Carl Zimmer and narrated by Kristi Burns.