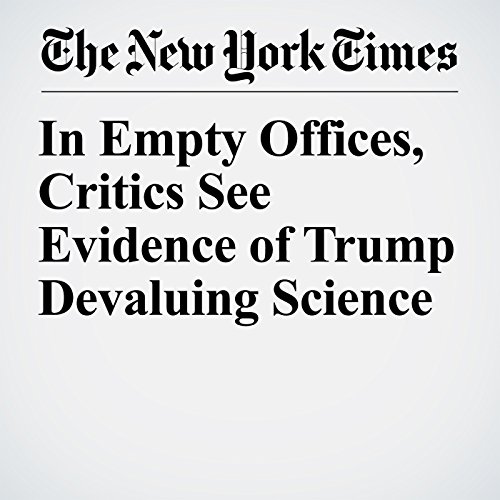 On the fourth floor of the Eisenhower Executive Office Building, the staff of the White House chief technology officer has been virtually deleted, down from 24 members before the election to, by Friday, only one.

"In Empty Offices, Critics See Evidence of Trump Devaluing Science" is from the March 30, 2017 U.S. section of The New York Times. It was written by Cecilia Kang and Michael D. Shear and narrated by Keith Sellon-Wright.