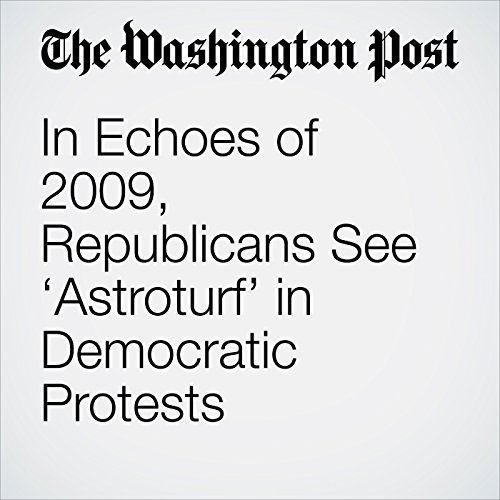 In reality, the mushrooming protests have been organized similarly to the very first tea party rallies, by novice political activists.

"In Echoes of 2009, Republicans See ‘Astroturf’ in Democratic Protests" is from the February 06, 2017 Politics section of The Washington Post. It was written by David Weigel and narrated by Sam Scholl.