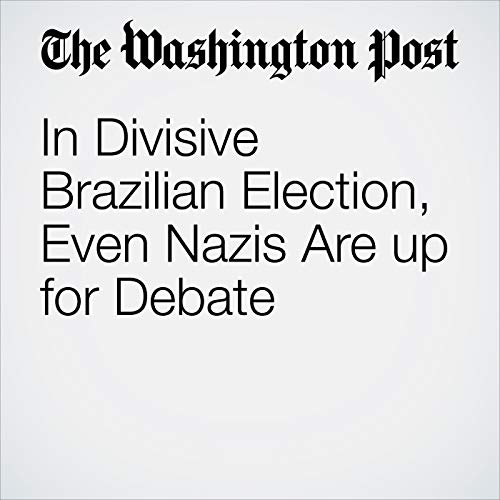 As Hitler’s National Socialist German Workers' Party rose to power in Berlin during the 1930s, the economic woes of the doomed Weimar Republic forced tens of thousands of workers to migrate abroad. Some of them ended up in Brazil, where the National Socialists soon established their own branch, which became the biggest outside Germany.

"In Divisive Brazilian Election, Even Nazis Are up for Debate" is from the September 21, 2018 World section of The Washington Post. It was written by Rick Noack and narrated by Jenny Hoops.

Cosa pensano gli ascoltatori di In Divisive Brazilian Election, Even Nazis Are up for Debate