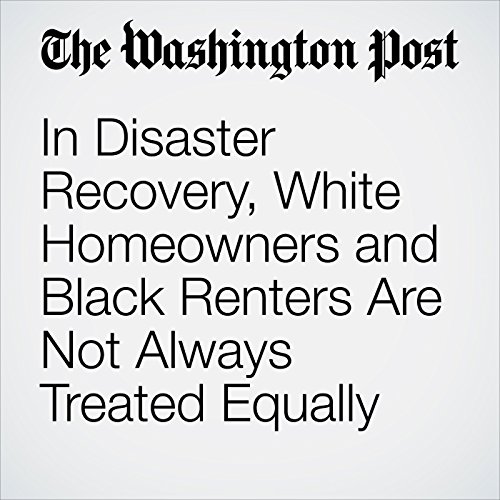 When the last major hurricane slammed into a densely populated section of the United States in 2012, New York, New Jersey and some surrounding states took the brunt of the damage. That time, the hurricane was called Sandy. And public officials made the usual promises: That which Sandy had put wrong, the government would help to put right.

"In Disaster Recovery, White Homeowners and Black Renters Are Not Always Treated Equally" is from the September 03, 2017 Post Nation section of The Washington Post. It was written by Janell Ross and narrated by Sam Scholl.