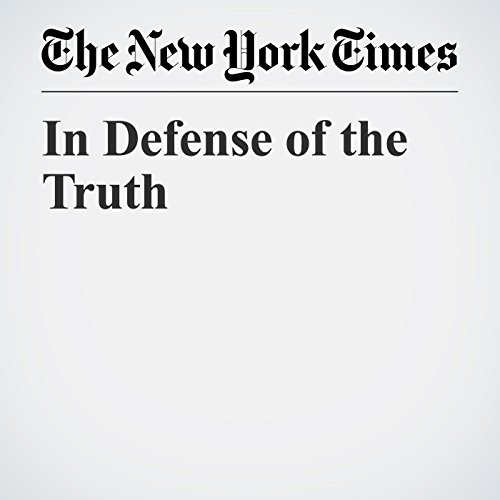 The Department of Justice confirmed in a Friday court filing what we all knew to be true: that Trump’s slanderous assertion on Twitter in March that President Barack Obama had Trump’s “'wires tapped’ in Trump Tower” just before the election was in fact a total fabrication.

"In Defense of the Truth" is from the September 03, 2017 Opinion section of The New York Times. It was written by Charles M. Blow and narrated by Kristi Burns.

Cosa pensano gli ascoltatori di In Defense of the Truth