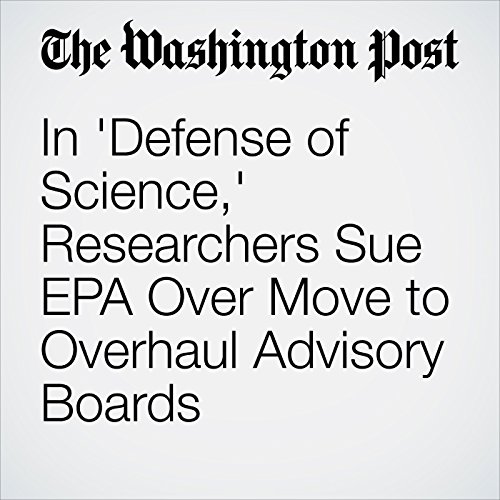 A group of the Environmental Protection Agency's current and former advisory board members sued it Thursday over Administrator Scott Pruitt's controversial decision to bar scientists who receive agency grants from serving as outside advisers.

"In 'Defense of Science,' Researchers Sue EPA Over Move to Overhaul Advisory Boards" is from the December 21, 2017 National section of The Washington Post. It was written by Sarah Kaplan and Brady Dennis and narrated by Sam Scholl.