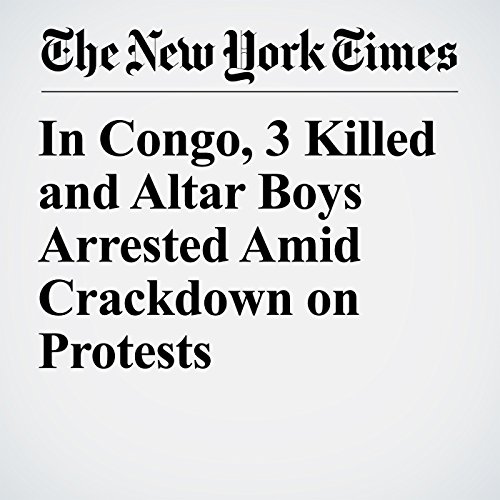 NAIROBI, Kenya — At least three people were killed and a dozen altar boys arrested in the Democratic Republic of Congo on Sunday after security forces cracked down on planned church protests against President Joseph Kabila’s refusal to leave office before coming elections.

"In Congo, 3 Killed and Altar Boys Arrested Amid Crackdown on Protests" is from the December 31, 2017 World section of The New York Times. It was written by Jina Moore and Steve Wembi and narrated by Barbara Benjamin-Creel.