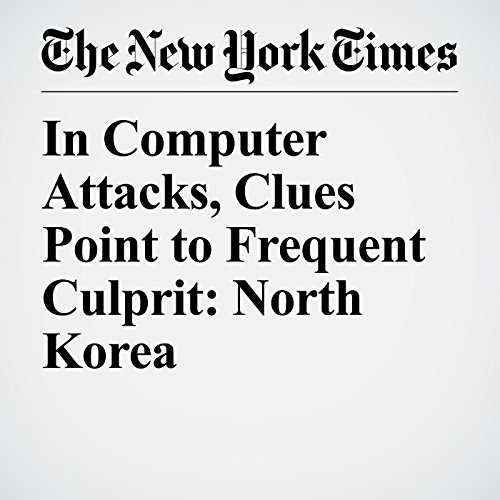 Intelligence officials and private security experts say that new digital clues point to North Korean-linked hackers as likely suspects in the sweeping ransomware attacks that have crippled computer systems around the world.

In Computer Attacks, Clues Point to Frequent Culprit: North Korea" is from the May 15, 2017 World section of The New York Times. It was written by Nicole Perlroth and David E. Sanger and narrated by Kristi Burns.