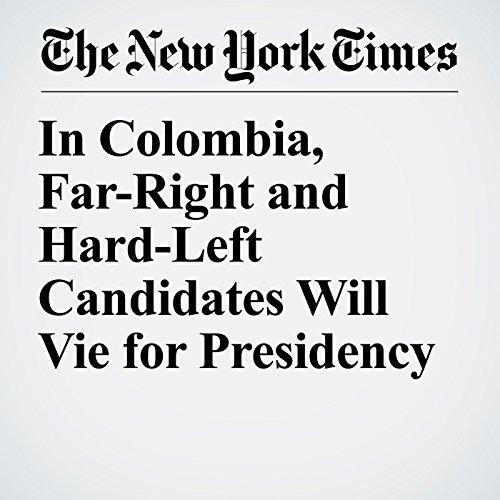 BOGOTÁ, Colombia — The two candidates of Colombia’s far-right and left wing parties came out ahead in a first-round vote on Sunday to choose the country’s next leader, setting the stage for a divisive presidential election, the first since the country signed a peace deal with its rebels.

"In Colombia, Far-Right and Hard-Left Candidates Will Vie for Presidency" is from the May 27, 2018 World section of The New York Times. It was written by Susan Abad and Nicholas Casey and narrated by Kristi Burns.