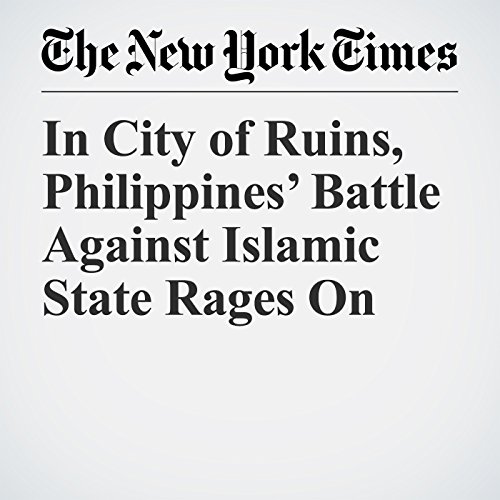 The houses still standing after more than three months of fierce urban combat in Marawi are barely holding on — pocked with bullet holes on the outside and blackened by fire from within.

"In City of Ruins, Philippines’ Battle Against Islamic State Rages On" is from the September 01, 2017 World section of The New York Times. It was written by Ben C. Solomon and Felipe Villamor and narrated by Mike DelGaudio.