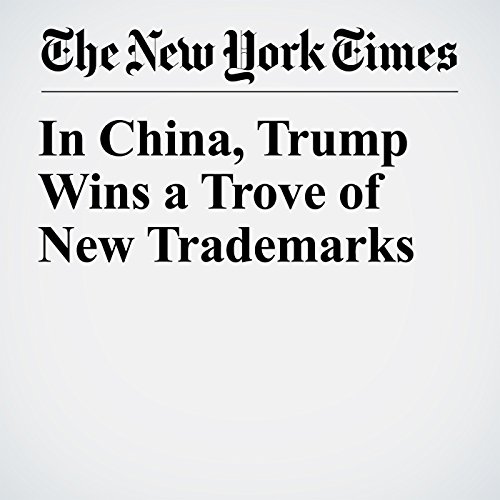 President Donald Trump has won preliminary approval to register 27 new trademarks in China for industries including restaurants and advertising, business interests that could add to criticism over his potential conflicts.

"In China, Trump Wins a Trove of New Trademarks" is from the March 09, 2017 Business section of The New York Times. It was written by Sui Lee Wee and narrated by Fleet Cooper.