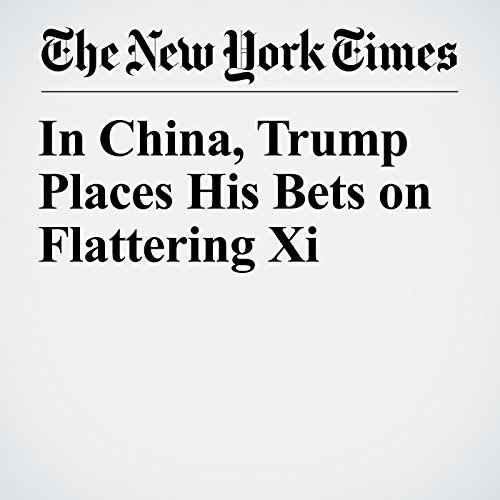 President Donald Trump heaped praise on President Xi Jinping of China on Thursday, blaming Trump’s own predecessors for China’s yawning trade surplus with the United States and saying he was confident that Xi could defuse the threat from North Korea.

"In China, Trump Places His Bets on Flattering Xi" is from the November 09, 2017 World section of The New York Times. It was written by Mark Landler, Julie Hirschfeld Davis and Jane Perlez and narrated by Kristi Burns.