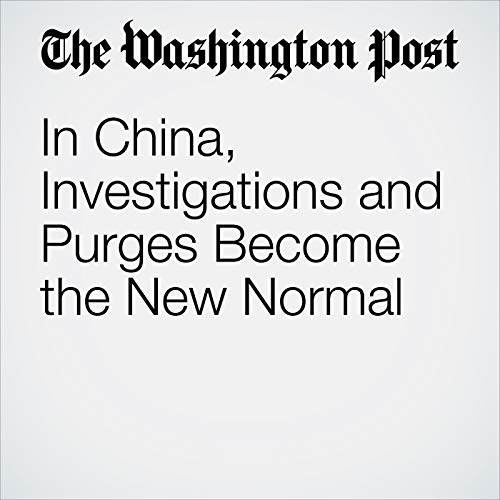 In China, Investigations and Purges Become the New Normal

It’s been another busy month for China’s anti-corruption authorities.There was the head of Interpol, who was unceremoniously seized during a trip to Beijing. There was the state bank executive who was caught hiding tons — literally — of ill-gotten cash in his moldy basement.

"In China, Investigations and Purges Become the New Normal" is from the October 22, 2018 World section of The Washington Post. It was written by Gerry Shih and narrated by Sam Scholl.