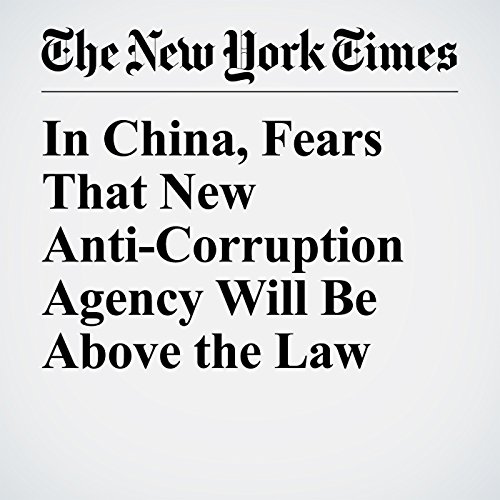 China’s leader, Xi Jinping, is pushing to establish a new anti-corruption agency with sweeping powers to sidestep the courts and lock up anyone on the government payroll for months without access to a lawyer — a plan that has met surprisingly vocal opposition from some of the nation’s foremost legal minds.

"In China, Fears That New Anti-Corruption Agency Will Be Above the Law" is from the November 29, 2017 World section of The New York Times. It was written by Chris Buckley and narrated by Kristi Burns.

Cosa pensano gli ascoltatori di In China, Fears That New Anti-Corruption Agency Will Be Above the Law