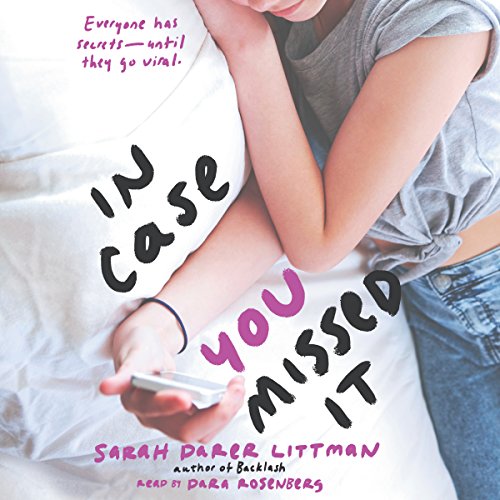 Sometimes the only way to find yourself is to lose your privacy.

Sammy Wallach has epic plans for the end of junior year: Sneak out to the city to see her favorite band. Get crush-worthy Jamie Moss to ask her to prom. Rock all exams (APs and driver's).

With a few white lies, some killer flirting, and tons of practice, Sammy's got things covered. That is until the bank her dad works for is attacked by hacktivists who manage to steal everything in the Wallach family's private cloud, including Sammy's entire digital life. Literally the whole world has access to her emails, texts, photos, and, worst of all, journal.

Now Sammy's best friends are furious about things she wrote, Jamie thinks she's desperate, and she can barely show her face at school. Plus, her parents know all the rules she broke. But Sammy's not the only one with secrets - her family has a few of its own that could change everything. And while the truth might set you free, no one said it was going to be painless. Or, in Sammy's case, private.

Cosa pensano gli ascoltatori di In Case You Missed It

I loved this heartwarming story. It was a amazing Brooke with heartfealt words and relatable thing to teenage people now. I think this is the best story I've read so far. Loved it!

I absolutely love the ending and all the messages the book gives out! 5 stars!!!