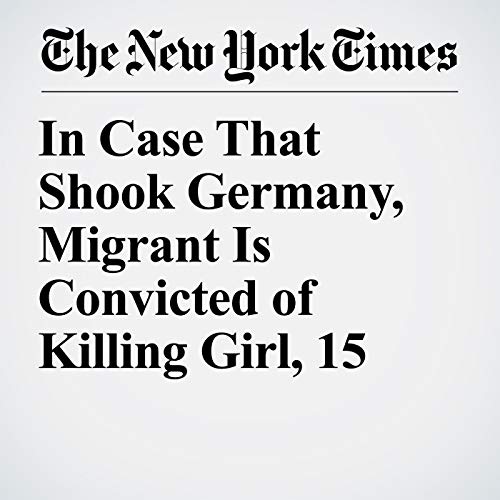 BERLIN — A German court convicted a young migrant who is believed to be from Afghanistan of murdering his 15-year-old girlfriend and sentenced him to 8 1/2 years in prison Monday, in a case that has become a flash point for fears over immigration.

"In Case That Shook Germany, Migrant Is Convicted of Killing Girl, 15" is from the September 03, 2018 World section of The New York Times. It was written by Melissa Eddy and Richard Pérez Peña and narrated by Keith Sellon-Wright.