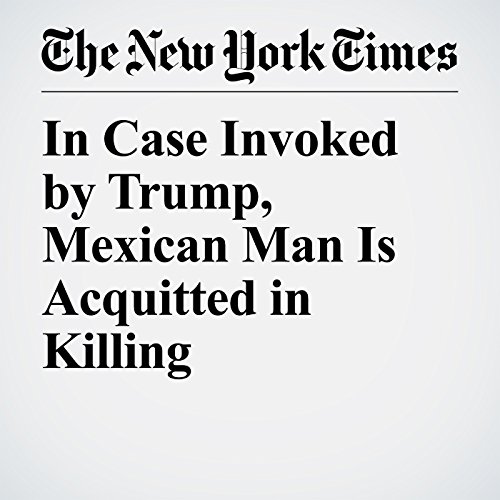 An unauthorized Mexican immigrant was acquitted of murder and manslaughter charges Thursday in the killing of Kathryn Steinle, whose death while out walking on a San Francisco pier became a touchstone in the national debate over immigration fueled by Donald Trump.

"In Case Invoked by Trump, Mexican Man Is Acquitted in Killing" is from the November 30, 2017 U.S. section of The New York Times. It was written by Matt Stevens, Thomas Fuller and Caitlin Dickerson and narrated by Mike DelGaudio.