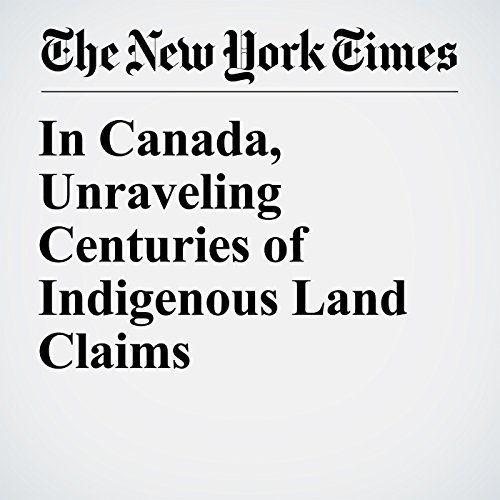 Whenever Prime Minister Justin Trudeau or his Cabinet ministers speak in certain parts of Ontario or Quebec, they begin by acknowledging they are on “unceded Algonquin territory.” That recognition is just one of the ways Trudeau’s government has been trying to signal a top priority: righting the wrongs Canada has done to indigenous people, especially over land that aboriginals say was taken from them unjustly.

"In Canada, Unraveling Centuries of Indigenous Land Claims" is from the November 12, 2017 World section of The New York Times. It was written by Ian Austen and narrated by Archie Montgomery.