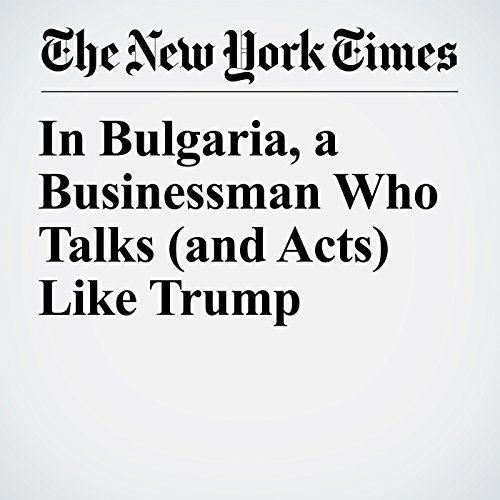 Veselin Mareshki is a self-promoting tycoon who emblazons his last name on the hundreds of pharmacies he owns across Bulgaria. He’s also a blunt-talking anvil of a populist who preaches patriotism, strict immigration controls, friendlier relations with Moscow and, above all, the need to “sweep away the garbage” of a corrupt political establishment.

"In Bulgaria, a Businessman Who Talks (and Acts) Like Trump" is from the February 24, 2017 World section of The New York Times. It was written by Rick Lyman and narrated by Paul Ryden.

Cosa pensano gli ascoltatori di In Bulgaria, a Businessman Who Talks (and Acts) Like Trump