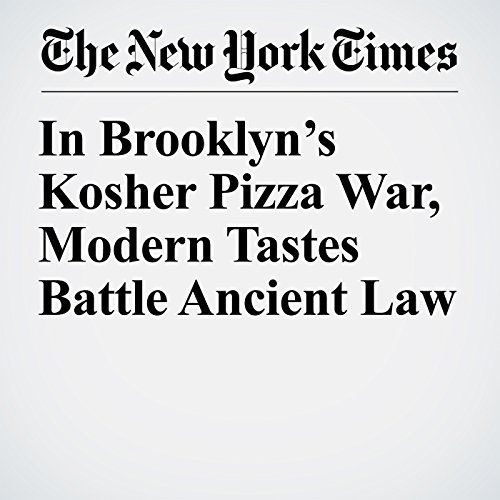 Two pizza restaurant owners, both Orthodox Jews, have become entangled in an only-in-Brooklyn lawsuit, not in an august courthouse, but in an obscure hall of justice known as the Rabbinical Court of Borough Park, which hears cases in a simple room above a synagogue on a residential block.

"In Brooklyn’s Kosher Pizza War, Modern Tastes Battle Ancient Law" is from the March 28, 2017 Business section of The New York Times. It was written by Corey Kilgannon and narrated by Caroline Miller.