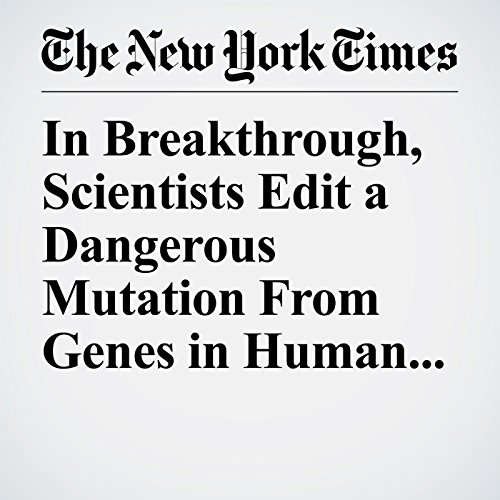 Scientists for the first time have successfully edited genes in human embryos to repair a common and serious disease-causing mutation, producing apparently healthy embryos, according to a study published on Wednesday.

"In Breakthrough, Scientists Edit a Dangerous Mutation From Genes in Human Embryos" is from the August 02, 2017 Science section of The New York Times. It was written by Pam Belluck and narrated by Caroline Miller.