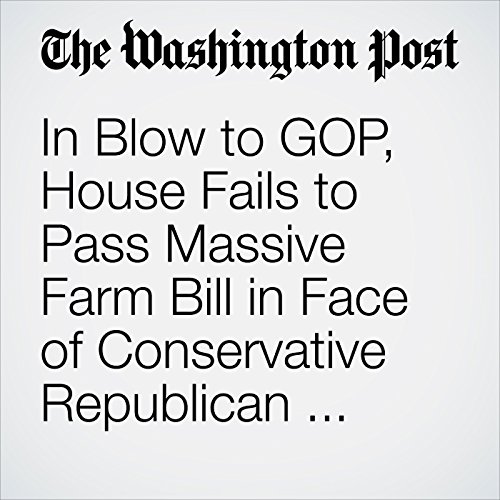 A sweeping farm bill failed in the House on Friday in a blow to GOP leaders who were unable to placate conservative lawmakers demanding commitments on immigration.

"In Blow to GOP, House Fails to Pass Massive Farm Bill in Face of Conservative Republican Showdown" is from the January 00, 1900 Business section of The Washington Post. It was written by Erica Werner, Mike DeBonis and narrated by Jenny Hoops.