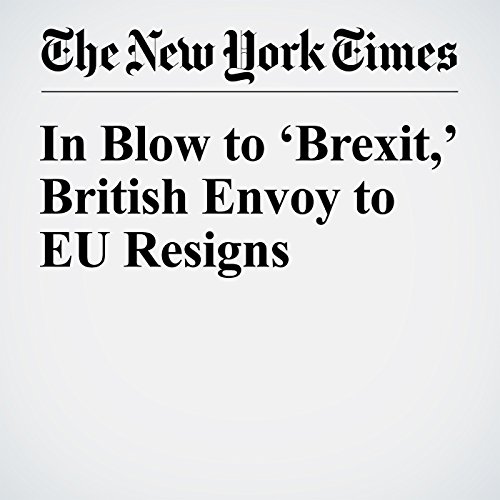 "In Blow to ‘Brexit,’ British Envoy to EU Resigns" is from the January 03, 2017 World section of The New York Times. It was written by Stephen Castle and narrated by Keith Sellon-Wright.