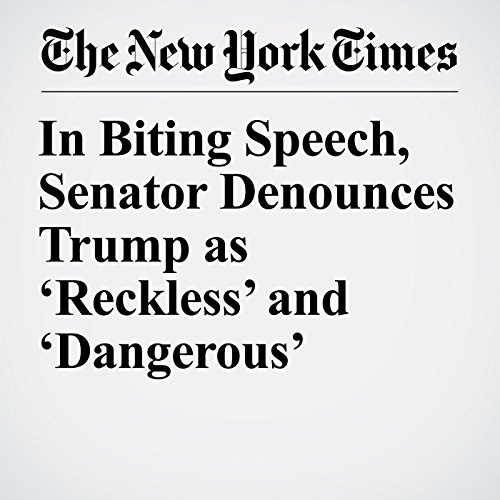 Sen. Jeff Flake, R-Ariz., who has tangled with President Donald Trump for months, announced Tuesday that he would not seek re-election in 2018, declaring on the Senate floor that he “will no longer be complicit or silent” in the face of the president’s “reckless, outrageous and undignified” behavior.

"In Biting Speech, Senator Denounces Trump as ‘Reckless’ and ‘Dangerous’" is from the October 24, 2017 U.S. section of The New York Times. It was written by Sheryl Gay Stolberg and narrated by Keith Sellon-Wright.