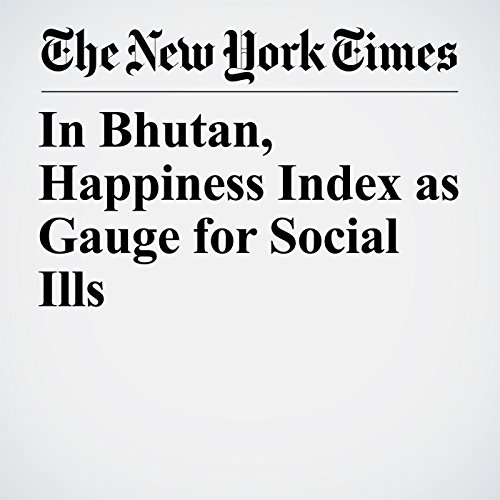 As the president of the Center for Bhutan Studies and GNH Research, Ura has spent much of his time asking Bhutanese questions about interactions with neighbors, quality of sleep and physical vigor in an attempt to understand and measure subjective well-being. Over the years, he has watched the idea catch on far beyond Bhutan, a remote kingdom in the Himalayas.

"In Bhutan, Happiness Index as Gauge for Social Ills" is from the January 17, 2017 World section of The New York Times. It was written by Kai Schultz and narrated by Kristi Burns.