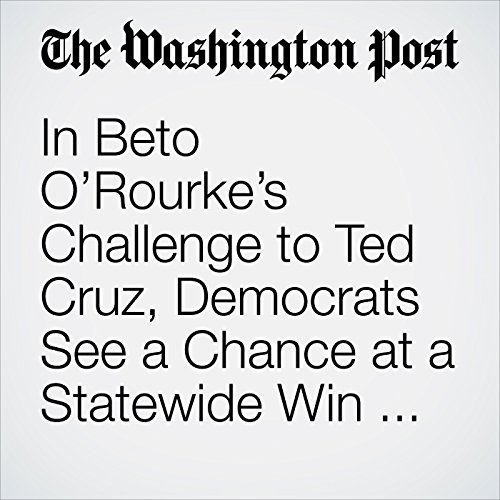 Voters in Texas on Tuesday are setting up a showdown that Democrats hope will lead to their first victory in a statewide election there since 1994, with Rep. Beto O’Rourke vying to compete for the Senate seat of Republican Ted Cruz.

"In Beto O’Rourke’s Challenge to Ted Cruz, Democrats See a Chance at a Statewide Win in Texas" is from the March 06, 2018 Politics section of The Washington Post. It was written by Ed O'Keefe and narrated by Sam Scholl.