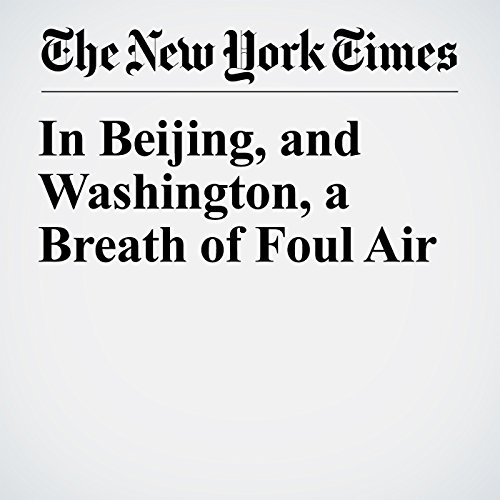 When friends cautioned me about Beijing’s notorious air pollution recently, ahead of my first visit there, I brushed it off. It was an old story, and having grown up in northern New Jersey in the era of unregulated industrial air pollution and open garbage burning on the Meadowlands, I figured I could handle it. But I began to have second thoughts on the flight in from the north, when we crossed a mountain ridge and the clear air turned instantly to dense smog. It was still 20 minutes to touchdown.

"In Beijing, and Washington, a Breath of Foul Air" is from the January 20, 2017 Opinion section of The New York Times. It was written by Richard Conniff and narrated by Barbara Benjamin-Creel.