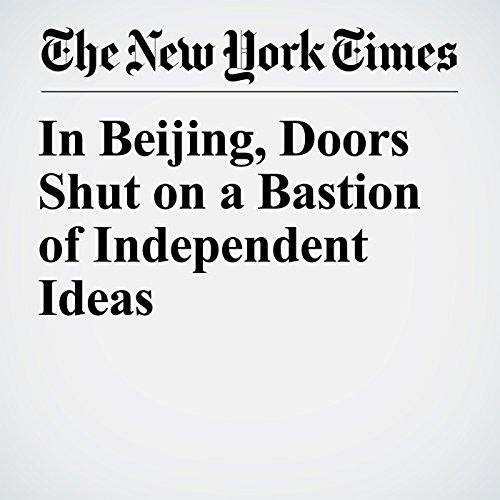 In Beijing, Doors Shut on a Bastion of Independent Ideas

BEIJING — An independent think tank that was one of China’s few remaining bastions for liberal-democratic ideas was shut out of its Beijing offices Wednesday, throwing its survival into doubt.

"In Beijing, Doors Shut on a Bastion of Independent Ideas" is from the July 11, 2018 World section of The New York Times. It was written by Chris Buckley and narrated by Keith Sellon-Wright.