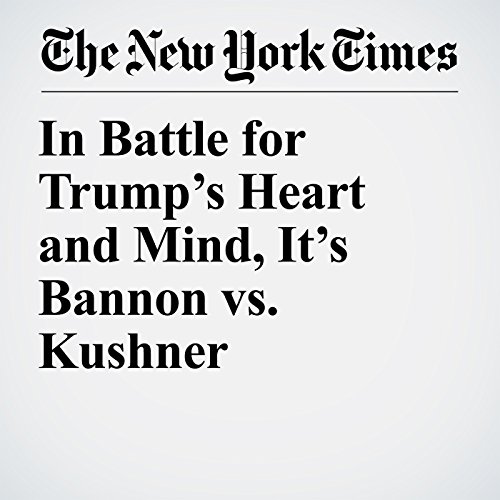 In Battle for Trump’s Heart and Mind, It’s Bannon vs. Kushner

Thick with tension, the conversation this week between Stephen K. Bannon, the chief White House strategist, and Jared Kushner, the president’s son-in-law and senior adviser, had deteriorated to the point of breakdown.

"In Battle for Trump’s Heart and Mind, It’s Bannon vs. Kushner" is from the April 06, 2017 U.S. section of The New York Times. It was written by Maggie Haberman, Jeremy W. Peters and Peter Baker and narrated by Caroline Miller.