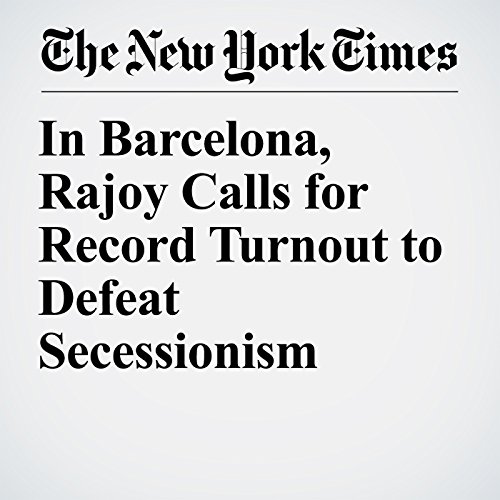 In his first visit to Catalonia since taking control of the restive region in Spain, Prime Minister Mariano Rajoy on Sunday urged Catalans to vote in next month’s elections to defeat the independence movement and return the region to “normality.”

"In Barcelona, Rajoy Calls for Record Turnout to Defeat Secessionism" is from the November 12, 2017 World section of The New York Times. It was written by Raphael Minder and narrated by Kristi Burns.