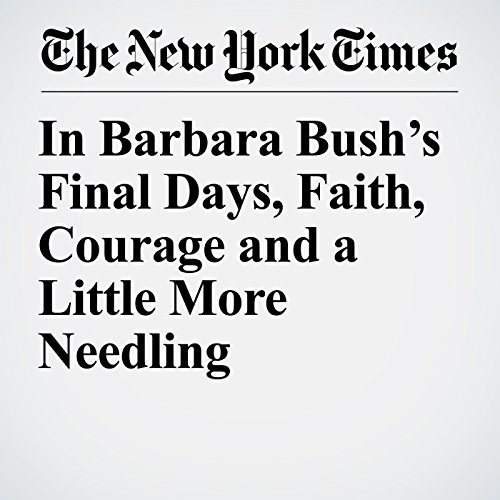 Even in the final days of her life, Barbara Bush retained the sharp tongue that belied her grandmotherly image. When her eldest son, former President George W. Bush, visited about 10 days before her death, the two playfully needled each other in the way they always did.

"In Barbara Bush’s Final Days, Faith, Courage and a Little More Needling" is from the April 18, 2018 U.S. section of The New York Times. It was written by Peter Baker and narrated by Keith Sellon-Wright.