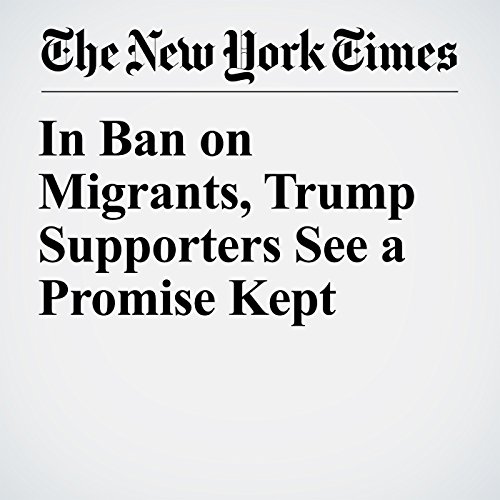 Trump’s immigration policy may be setting off protests around the country and raising eyebrows and objections among allies abroad. But at home, a large portion of the electorate is behind the president. Trump’s supporters say that the promise of tougher immigration policies is one of the main reasons they voted for him.

"In Ban on Migrants, Trump Supporters See a Promise Kept" is from the January 30, 2017 U.S. section of The New York Times. It was written by Sabrina Tavernise and narrated by Caroline Miller.