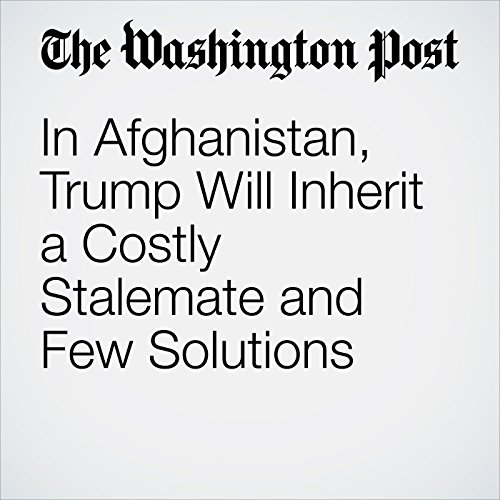 The United States’ longest and most expensive war — with the largest U.S. troop presence in a combat zone — was mostly absent from the presidential campaign. On the rare occasions Trump has spoken about Afghanistan, he has sounded as conflicted as his predecessor.

"In Afghanistan, Trump Will Inherit a Costly Stalemate and Few Solutions" is from the January 18, 2017 World section of The Washington Post. It was written by Greg Jaffe and Missy Ryan and narrated by Sam Scholl.