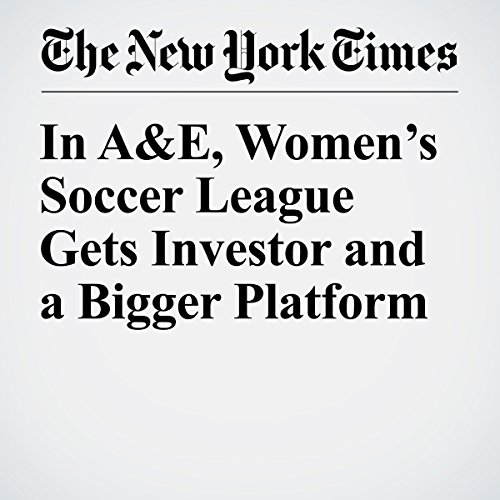 The 5-year-old National Women’s Soccer League has sold an equity stake to A&E Television Networks as part of a broad sponsorship and broadcast rights agreement that will provide the league with an infusion of cash, steady national television exposure and something it may value even more: an investor committed to its future.

"In A&E, Women’s Soccer League Gets Investor and a Bigger Platform" is from the February 02, 2017 Sports section of The New York Times. It was written by Andrew Das and narrated by Kristi Burns.