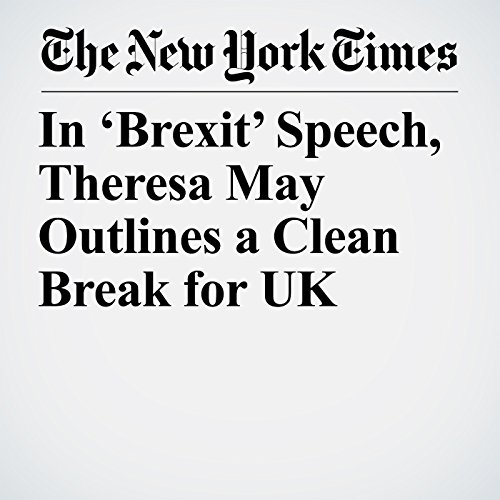 In ‘Brexit’ Speech, Theresa May Outlines a Clean Break for UK

In a speech that could define Britain’s relations with its neighbors for decades to come, Prime Minister Theresa May on Tuesday charted a course toward a clean break with the European Union, calling for the country to abandon the single market after more than four decades of integration with the Continent.

"In ‘Brexit’ Speech, Theresa May Outlines a Clean Break for UK" is from the January 17, 2017 World section of The New York Times. It was written by Stephen Castle and narrated by Keith Sellon-Wright.