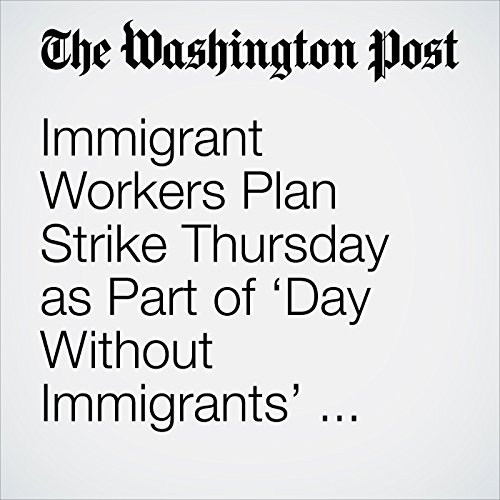 Immigrants in D.C. and across the country plan to participate in the “Day Without Immigrants” boycott, a response to President Trump’s pledges to crack down on those in the country illegally, use “extreme vetting” and build a wall along the Mexican border. The social-media-organized protest aims to show the president the effect immigrants have in the country on a daily basis. The boycott calls for immigrants not to attend work, open their businesses, spend money or even send their children to school. The Washington region had the seventh-largest immigrant population in the country in 2010, with 21.8 percent of the population being foreign-born, according to a study from the Brookings Institution.

"Immigrant Workers Plan Strike Thursday as Part of ‘Day Without Immigrants’ Protest" is from the February 15, 2017 National section of The Washington Post. It was written by Perry Stein and narrated by Sam Scholl.