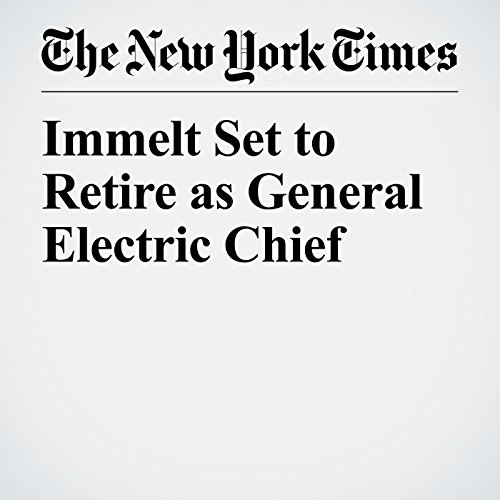 General Electric said Monday that its longtime chairman and chief executive, Jeffrey R. Immelt, would retire, ending a 16-year run in which he refocused the company on its industrial roots but also made notable acquisitions.

"Immelt Set to Retire as General Electric Chief" is from the June 12, 2017 Business section of The New York Times. It was written by Chad Bray and Steve Lohr and narrated by Keith Sellon-Wright.