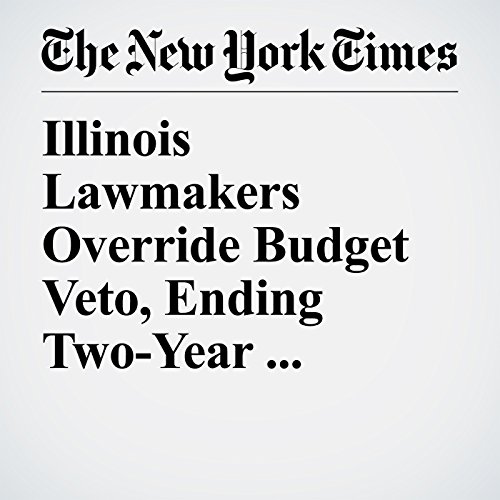 After more than two years of political sparring, missed payments to creditors and plunging credit ratings, Illinois did on Thursday what most states do every year. It finished a budget.

"Illinois Lawmakers Override Budget Veto, Ending Two-Year Stalemate" is from the July 06, 2017 U.S. section of The New York Times. It was written by Julie Bosman and Monica Davey and narrated by Barbara Benjamin-Creel.