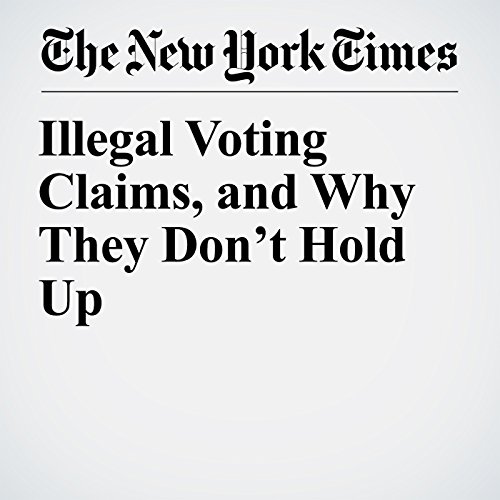 There isn’t any evidence to support President Donald Trump’s assertion 3 to 5 million illegal votes were cast in the 2016 presidential election.

"Illegal Voting Claims, and Why They Don’t Hold Up" is from the January 26, 2017 U.S. section of The New York Times. It was written by Nate Cohn and narrated by Corey M. Snow.