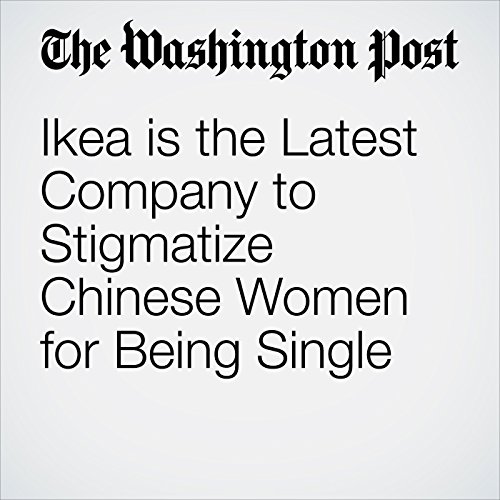 Though parents in any culture can be known to pressure their children to settle down, this is pretty harsh: In an Ikea ad that was recently taken off the air, a mother threatens to disown her daughter for being single. “If you don’t bring home a boyfriend next time, then don’t call me mum!” she says.

"Ikea is the Latest Company to Stigmatize Chinese Women for Being Single" is from the November 06, 2017 Lifestyle section of The Washington Post. It was written by Lisa Bonos and narrated by Sam Scholl.